On the 4th of February 2019, a meeting was held in the hospital’s premise to formally launch the Dr.Arun Kurkure Initiation & Treatment Fund (AKITF) Project. It is an initiation of the Indian Cancer Society to help the patients who are unable to pay for the initial investigations.

Indian Cancer Society has been associated with the hospital since 2016 and is an integral part of the hospital’s patient support system.

According to Dr.Ravi Kannan, Director, CCHRC, inability to pay for the initial treatment has been the major bottleneck and has largely contributed to patient treatment abandonment. As per him, this project will positively impact the patient support program at the hospital. Through this project, all patients who are unable to take the investigations due to monetary constraints will be provided free of cost initial clinical evaluation. He also expressed his gratitude to ICS for this kind gesture.

To qualify for the scheme, the would-be beneficiary has to have an annual family income of less than four lakh. He/she has to bring an income certificate from the respective circle officer along with his/her Voter card / Aadhaar card, Ration card (if available) and two copies of passport photographs.

The Research wing of CCHRC, “Dr. S. Krishnamurthi Centre for Research & Education in Cancer (SKCREC)”, was established in 2013 to oversee all research and educational activities in the hospital. The centre is christened after Dr. S. Krishnamurthi and also owes its foundational philosophy to the doyen of Oncology in India. Dr. Krishnamurthi devoted all his time and energy working to prevent and treat cancer, and was awarded the prestigious Padma Shri for the same.

The speaker at the event was Dr. Soumya Swaminathan, Director General, Indian Council of Medical Research (ICMR), who spoke extensively on “How health research and data can improve health systems”. She has been recently appointed as the Deputy Director-General (Programmes), World Health Organization.

Dr. Swaminathan discussed an array of health-related issues across India and spoke enthusiastically about tuberculosis and cancer prevention. She further laid emphasis on medical research, data collection and scientific publication.

Team CCHRC congratulates Dr. Swaminathan on her recent appointment and wishes her all the best in her endeavours.Team CCHRC also thanks all the guests and dignitaries for their gracious presence and active participation. 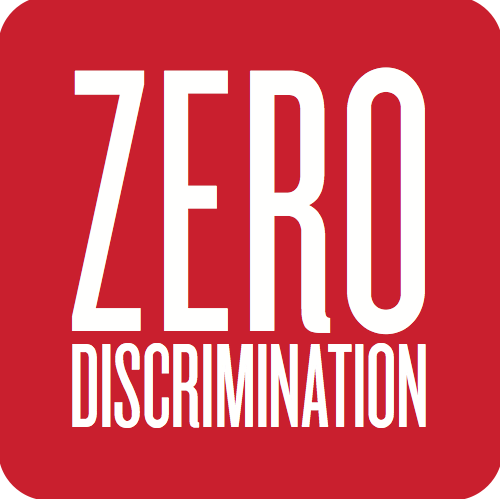 “North-eastern states are less polluted compared to other metropolitan cities and regions of the country. Yet, it baffles the oncologists that most number of cancer cases is registered here. Every year, 40,000 new cases of cancer come up. In Assam, 130 cancer cases per 1 lakh population are reported, while in Cachar, it is 125 per 1 lakh. According to the NCRP data, tobacco alone accounts for cancer in 40% in men and 20% in women. It is most unfortunate that cancer in 70% cases is detected in the final stages and thus it becomes impossible to cure the patient,” said Dr Rajeev Kumar, oncologist, scientist, Dr S Krishnamurti Centre for Research and Education in Cancer, Cachar Cancer Hospital and Research Centre, who is addressing the audience as guest speaker at Gurucharan College auditorium on the occasion of National Science Day today.

Dr Kumar delineated the impact of biomarker in translational cancer research and enlightened the audiences on the various aspects of the deadly disease. “In males, lung cancer is the commonest while in females breast cancer. It is apprehended by researchers and oncologists that by 2025, 2 crore cancer cases will be reported in the country. The basic cause of cancer is imbalance between cell division and cell death. It is pity that our won tissue, organ, cell becomes our enemy. We die within, not from without,” he added to say.

On an advisory note Dr Kumar said, “We should abstain from consuming alcohol, tobacco, areca nuts, smoked meat and red meat. However, correct reason behind the origin of the disease is not known, yet, persons consuming such products have been often diagnosed with cancer. Cancer can be genetic, hereditary and familial in nature. Even normal cells may become cancer cells. Unless detected at an early stage, it usually leads to death.” Dr Kumar further said in addition to early detection, patients should also comply with and take medicines on time so that they can be cured.

“There are various modes of diagnosis of cancer, endoscopy, biopsy and the like. There are four options for treating the disease, surgery, immunotherapy, radiation and chemotherapy. Certain guidelines have been set by the National Cancer Care Network which is religiously followed by all oncologists all over the world. Cachar Cancer Hospital and Research Centre, Silchar, is a proud active member of the National Cancer Grid which is based in India,” added Dr Rajeev Kumar. He also said that the best cure in case of advanced cancer is supportive cure. “To make the departing a dignified and enhance the quality of life, this cure is best, though the patient cannot cure from advanced stage,” said Dr Kumar.

Dr Rajeev Kumar said, “Any lump in the mammary glands, any discharge, unexplained weight loss and change in bowel pattern should be reported to the doctors.” Speaking as the chief-guest on the occasion, Dr Sourindra Kumar Bhattacharjee, president, students’ governing body said, “It is essential to organize such seminars and observe such important days in order to develop scientific temperament among the students. Cancer discriminates none. It will not leave anybody once it affects the body.” Among others present on the occasion included, Dr Bibash Deb, principal, Dr Shankar Prasad Bhattacharjee, former principal and head, Department of Zoology, Dr Baby Singha, head, Department of Zoology of Gurucharan College and Dr Raj Pradeep Chakraborty, AGM, BSNL, engineer, citizen scientist and an authority on the peopling of South Asia. 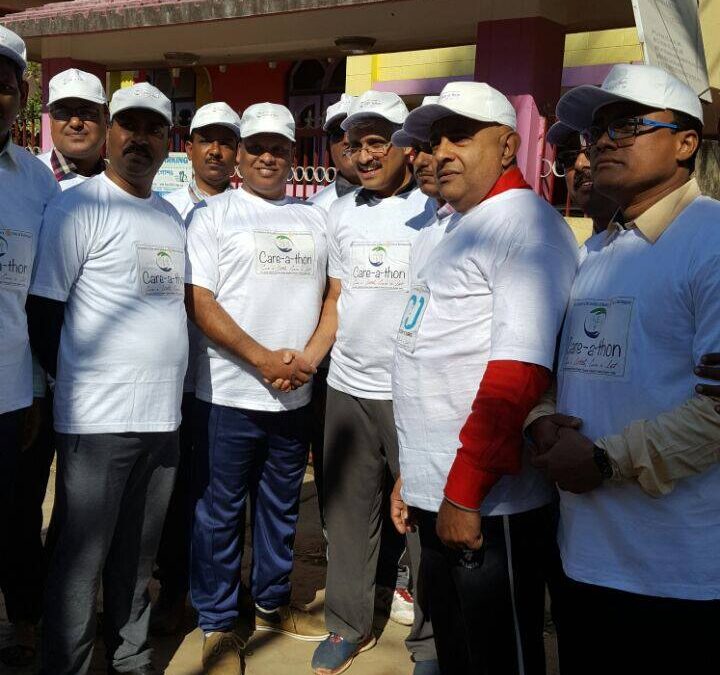 Thank You for Supporting Care-a-thon

Thank you for supporting cancer cure at The Cachar Cancer Hospital & Research Centre. The “Care-a-thon” witnessed enthusiastic participation of people from all walks of life:

Thank you once again for your support. 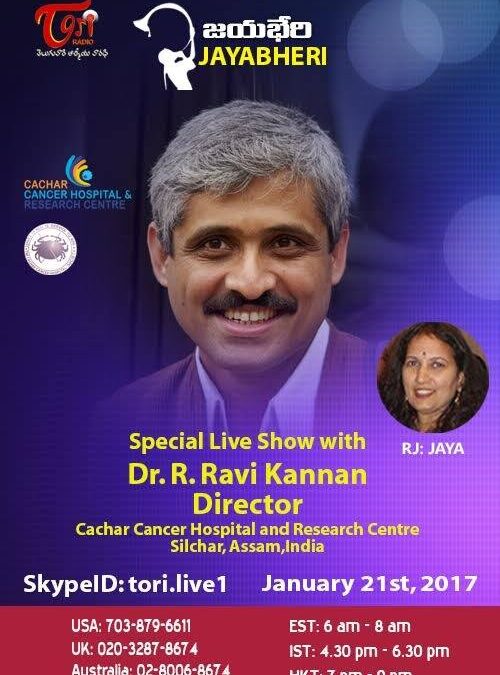 One Doctor Is Quietly Building a World-Class Cancer Hospital for the Poor in Assam. Dr. Ravi Kannan’s vision has turned a small cancer centre into a full-fledged hospital in Assam’s Barak valley. …

The high incidence of cancer in the region, possibly due to extensive tobacco use, prompted citizens of the valley to come together and set up a hospital in 1996.

So Dr. Kannan, who was a renowned oncologist at the Adyar Cancer Institute in Chennai, and his family, packed their bags and moved to Silchar.

Over the years, this doctor and his incredible team managed to turn the place around. There were only 23 staff members when he joined. Today, there is a 200-member strong team.
The Cachar Cancer Hospital Society is raising funds to support cancer patients. For more details visit its page or website http://cacharcancerhospital.org

To get in touch with Dr. Ravi, mail him at ravi.kannan@cacharcancerhospital.org 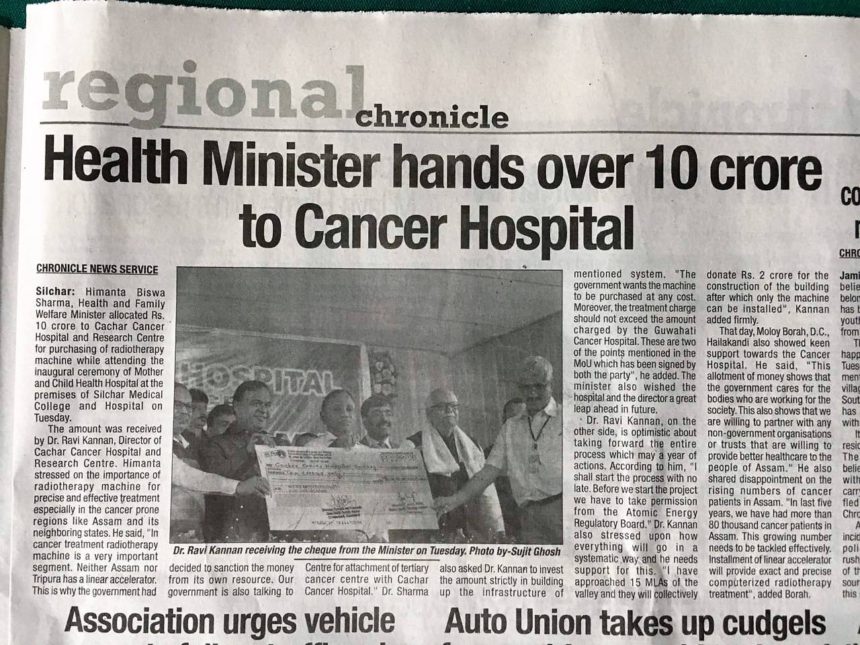 We are grateful to the Government of Assam for their generous support to our hospital that will benefit thousands of poor cancer patients.