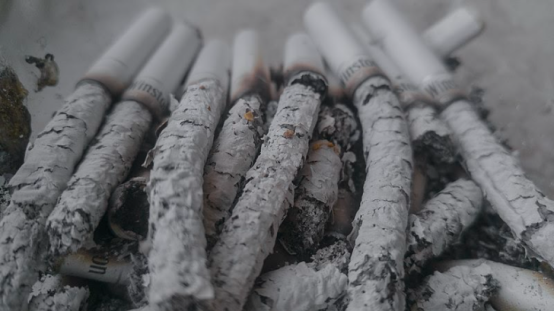 Smoking life away, one puff at a time

Polycyclic aromatic hydrocarbon, N-nitrosamines, Naphthylamine, 1,3-Butadiene, Benzene, Aldehydes, and Ethylene oxide. What seems like a throwback to our elementary chemistry lessons, are actually what you inhale, with every puff of cigarette smoke. And these are only a few honourable mentions, out of over 70 known carcinogens in tobacco smoke. Let us further delve into this flurry of smoke.

Tobacco smoking is a known precursor to some of the most devastating diseases in the world. There are over 1.3 billion smokers worldwide. These figures correspond to a number that is larger than the second-most populous country in the world! With such alarming statistics, it is no wonder that tobacco smoking is associated with over 17 classes of cancer and innumerable systemic diseases.

For the reasons above, it goes without saying that identifying the deleterious effects of smoking and ending this vicious habit is pertinent in reducing the mortality and morbidity that eventually ensues.

Psychopharmacology of cigarette smoking and addiction

A cigarette contains tobacco, which when burnt generates smoke particles carrying Nicotine. These make their way into the blood and subsequently the brain in just a matter of seconds. In the brain, complex reactions ensue, leading to the release of a neurotransmitter called Dopamine. Dopamine is the incriminating substance that makes smoking a pleasurable and addictive experience, often called a “Feel good hormone”. As a result, the brain associates this act of smoking with a euphoric feeling and plays it on loop. This explains why it is so hard for daily smokers and non-daily smokers alike to quit smoking.

Understanding the behaviour of smoking

This feeling of elation has paved the way to a high frequency of cigarette use among smokers. With these insurmountable amounts of nicotine, the neural circuitry gets acclimatised and perceives it as “the new normal”, causing the smoker to lapse into an addictive pattern.
In the event of abstinence for a few hours, nicotine concentrations fall in the blood. The smoker then goes into a frenzy of agitation and unease called ‘’Nicotine hunger’’. This is his body’s cue to restore the elevated levels of nicotine to which he had newly become accustomed. Now we understand the need for early initiation of smoking among chronic users as soon as one awakens in the morning. In fact, studies show that the time between waking up and taking the first drag of a cigarette is a good predictor to assess one’s chance at overcoming Nicotine addiction. This way, ‘’Nicotine Hunger’’ and ‘’Cue-driven smoking’’ are the propelling mechanisms behind smoking addiction.

The effects of tobacco smoke are directly proportional to the duration of smoking. The cocktail of carcinogens and free radicals in tobacco smoke results in DNA damage, oxidative stress and inflammatory reactions. These pathogenic processes are the segue to conditions such as: 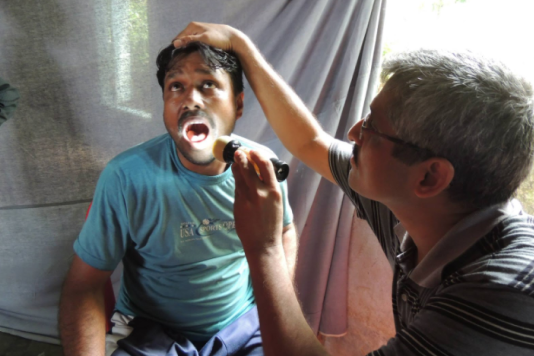 Unfortunately, low socioeconomic status is the encouraging factor behind the early initiation of smoking. It is most prevalent in lower and lower-middle-income countries. Lack of awareness has further propagated this issue.
Research has shown that individuals having friends, family or counterparts who smoke, exponentially increases their chances of smoking initiation due to the close-knit social structure and peer pressure. In actuality, smoking initiation and addiction has a heritable nature that can be passed onto future generations which can have huge ramifications on their journey towards smoking cessation. Other stand-alone mentions are consumption of alcohol, weak orientation towards academics and vulnerable mental health.
The only question that should daunt a smoker is, how many puffs are too many? Well, the answer is even one puff is too many. They say that awareness is the first step towards change. Having empowered you with scientific and evidence-based medicinal facts, we hope you agree that with every drag, you are smoking your life away.

The average size of a human cell is about 100 microns. The wizardry that goes on inside this tiny structure is something that has fascinated humans for centuries. It is the very essence of life that makes us what we are. For some, however, this wondrous element of nature holds the potential to wreck unimaginable agony. The ‘Emperor of all Maladies’ aptly describes Cancer as organized chromosomal chaos. What starts as unregulated, irreversible growth in one single cell, soon propagates into a downfall for fate to behold. It ends up ravaging the human body leaving the patient with nothing but the sheer will to fight the battle against it.

Cancer does not discriminate. It affects every age group, ethnicity and gender. It is the second most common cause of death in the world. This is a cause of concern, especially in lower and lower-middle-income countries where large populations are victims of financial fatigue, making healthcare inaccessible and unsustainable. Amidst the growing trends of privatization and rising costs of healthcare, cancer patients in India have very few comforting prospects to rely upon.

The state of Assam, known for its luscious tea plantations is now being called the capital of cancer in north-eastern India and is currently fighting its biggest battle against this disease. Assam and its surrounding impoverished regions have the luxury of access to world-class cancer care, aiding them in withstanding the ramifications that usually follow a cancer diagnosis. The luminary steering those affected in such times of unprecedented illness is Cachar Cancer Hospital and Research Centre.

Cachar Cancer Hospital and Research Centre (CCHRC), Silchar was set up in 1996 to combat the rising number of cancer patients mainly in Assam, around the regions of Cachar and its neighbouring districts. It is led by Dr Ravi Kannan R, a Surgical oncologist, recipient of Padma Shri, as the Director of CCHRC. Dr Kannan has been lauded for his incredible work in Assam regarding cancer care and beholds India’s fourth highest civilian honour as a testament.

The ever increasing disease burden is being eased in the region by this tertiary healthcare centre catering to the needs of all types of cancers, by providing unparalleled quality of health care with next to no consultation or hospital charges. The hospital beholds numerous departments equipped with a multimodal approach towards cancer care.

Out of the 1.3 billion active tobacco users in the world, 80% of them belong to low income and lower-middle-income countries. According to an ICMR report based on 28 population-based cancer registries (PBCR), 1 in 7 males and 1 in 9 females of age less than 75 years in the Cachar district have a risk of developing cancer. These are alarming statistics considering the precedence that tobacco products hold in this region.

Dr Subhadra Goala, who works in the Department of Preventive Oncology at Cachar Cancer Hospital believes the major cause of cancer in Assam is the consumption of tobacco and related products. She recognizes tobacco products such as cigarettes, bidis and homemade tobacco preparations offered to guests as a sign of hospitality as the major culprit for the growing incidence of cancer in the region.

According to Dr Goala, the two main challenges being faced in the region are screening for cancer and the patients’ lack of awareness towards the healthcare facilities available. The hospital has made headway by partnering with NGOs and elementary schools in the region, spreading awareness about cancer screening, cancer care and ensuring that these beneficiaries are aware of facilities that can be availed at the hospital. However, a great deal remains to be done. 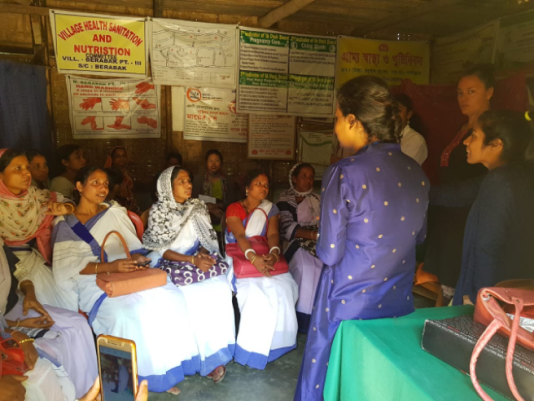 A patient having to deal with a price tag on healthcare continues to plague the workings of the modern era. The word neoplasia (tumour) comes from the Greek words neo ‘’new’’ and plasia ‘’formed’ which means finding new ways to sustain itself, and likewise, we need to find new ways to sustain accessible and inclusive healthcare for the underprivileged parts of our society. In bridging this great divide between need and reinforcement, Cachar Cancer Hospital and Research centre is inching towards fruition.

The pandemic arrived in the Northeast and peaked much later than in the rest of the country brought by returning migrant workers post lockdown. The curve is now flattening. The future trajectory of the pandemic is unknown, but it is likely to peak again. Assam reported more than 2 lakh COVID cases. The impact of the vaccine remains to be seen. To keep patients and staff safe, it has become imperative to test patients before initiating treatment and several times during the course of the treatment which often lasts several months. This is because patients with cancer in general tend to suffer more adverse consequences of COVID infection more so when they receive chemotherapy or radiation or undergo surgery. Also, interventional procedures, even the simple ones like suctioning and chest physiotherapy on infected patients, increase the risk of infecting staff who perform or assist in these procedures. The hospital started with one COVID ward with 20 beds and expanded to a 50-bed facility at the peak for taking care of COVID infected cancer patients and staff.

In the present context, the hospital had an urgent need to set up a COVID-19 testing lab to speed up testing and follow up testing to improve patient and staff safety. A team of volunteers were able to raise funds to set up a testing service for COVID-19 using Cartridge Based Nucleic Acid Amplification Test (CBNAAT) equipment. This is a type of Polymerase Chain Reaction (PCR) which requires less preparation than a conventional Real Time PCR (RT – PCR). Four (or multiples of four) samples can be tested every hour depending upon the configuration of the equipment. Post COVID, the equipment will be continued to be used for diagnosing infections and estimating viral loads (non COVID) and markers including genetic markers for identifying various cancers.

The hospital expects to conduct about 1000 tests a month costing approximately Rs. 26 lakhs (at Rs. 2600 per test). This is inclusive of the test kit, the PPE and other consumables. We seek your support for this. 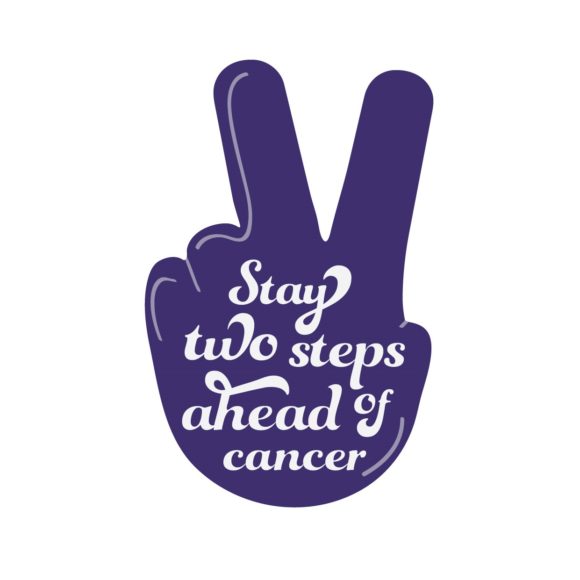 On the 4th of February 2019, a meeting was held in the hospital’s premise to formally launch the Dr.Arun Kurkure Initiation & Treatment Fund (AKITF) Project. It is an initiation of the Indian Cancer Society to help the patients who are unable to pay for the initial investigations.

Indian Cancer Society has been associated with the hospital since 2016 and is an integral part of the hospital’s patient support system.

According to Dr.Ravi Kannan, Director, CCHRC, inability to pay for the initial treatment has been the major bottleneck and has largely contributed to patient treatment abandonment. As per him, this project will positively impact the patient support program at the hospital. Through this project, all patients who are unable to take the investigations due to monetary constraints will be provided free of cost initial clinical evaluation. He also expressed his gratitude to ICS for this kind gesture.

To qualify for the scheme, the would-be beneficiary has to have an annual family income of less than four lakh. He/she has to bring an income certificate from the respective circle officer along with his/her Voter card / Aadhaar card, Ration card (if available) and two copies of passport photographs. 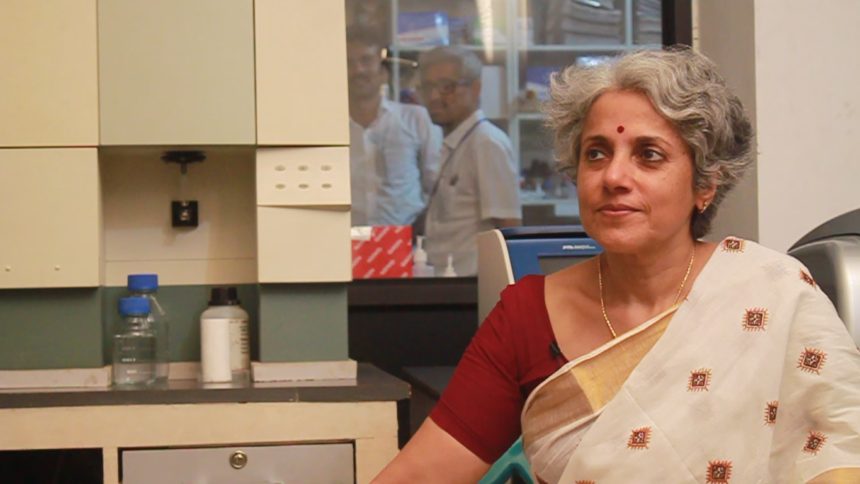 The Research wing of CCHRC, “Dr. S. Krishnamurthi Centre for Research & Education in Cancer (SKCREC)”, was established in 2013 to oversee all research and educational activities in the hospital. The centre is christened after Dr. S. Krishnamurthi and also owes its foundational philosophy to the doyen of Oncology in India. Dr. Krishnamurthi devoted all his time and energy working to prevent and treat cancer, and was awarded the prestigious Padma Shri for the same.

The speaker at the event was Dr. Soumya Swaminathan, Director General, Indian Council of Medical Research (ICMR), who spoke extensively on “How health research and data can improve health systems”. She has been recently appointed as the Deputy Director-General (Programmes), World Health Organization.

Dr. Swaminathan discussed an array of health-related issues across India and spoke enthusiastically about tuberculosis and cancer prevention. She further laid emphasis on medical research, data collection and scientific publication.

Team CCHRC congratulates Dr. Swaminathan on her recent appointment and wishes her all the best in her endeavours.Team CCHRC also thanks all the guests and dignitaries for their gracious presence and active participation.